skip to Main Content
Menu
“Last week was Fashion Revolution Week – with Sunday 24 April marking three years since 1,133 garment workers were killed and 2,500 injured, when the Rana Plaza garment factory complex collapsed in Dhaka, Bangladesh.”
So, you’ve gone vegan. You’ve invested in cruelty free makeup brands. You’ve started transferring the rest of you household products to ones that haven’t been tested on animals. But all the clothes you wear are made in sweatshops where workers are paid in drivel in awful conditions for prolonged hours. You want to start shopping for clothing ethically too but Primark is so cheap, you have no time to browse the charity shops in search for something that doesn’t smell like old people and there are so many trends that you want to keep up with. You find yourself slipping in and out of thoughts about wishing you could slot back into society and go back to being ignorant about all of this injustice. You start to remember that ignorance felt oh so bliss. 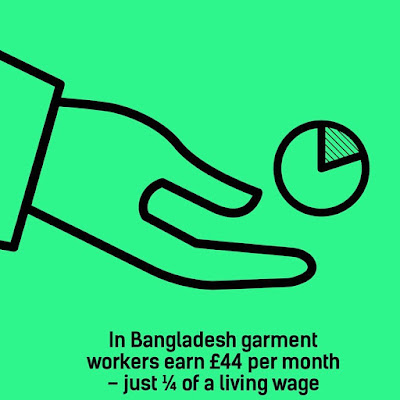 I’ve always stood by the firm belief that the first rule of activism is self-care. For example, lets say you really want to go vegan but you work full time as well as being a full time parent and you live half an hour drive away from a superstore. You have to rely on corner shops that barely stock vegetarian alternatives, let alone vegan. You need efficient meals for your kids and to put it bluntly you’re bloody stressed.com. You may even have added health issues that affect your diet. Despite all of this, vegans will continue to insist that going vegan is cheaper. However, time equals money. Therefore, if you don’t have the time, you don’t have the money. The added pressure that everyone else can manage but you can’t is putting a strain on your wellbeing. Stop. If you want to be a good activist, you have to put yourself first if something is detrimental to your health.
Societal pressure also comes into the equation. First it was the patriarchy, then it was capitalism, then you found out about the normalisation of eating animals and now people are being forced into slave labour just so you can look pretty in a skirt? It makes me angry. I want to shout at everyone to stop and wake up to the atrocities of our world. But it doesn’t matter how many times I slate the selfish and slate the ignorant; I cannot force someone into something they don’t want to do. However, I can educate. 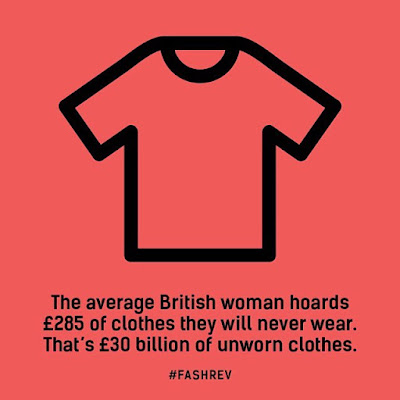 I recently discovered the definition of a Reductarian. A Reductarian is someone who is either intimidated by the all-or-nothing-ness of a vegan diet or cannot transition due to other issues. Therefore, they simply cut down on animal products, which, if you’re an avid meat eater is how you would start your transition to veganism anyway. It took me 6 months to fully transition and I was brought up with one vegetarian parent. I transitioned to veganism using the first rule of activism: I prioritised my needs above everything else.
I’ve embraced veganism but now I want to tackle my way through the fashion industry. I will admit, I had no idea where to start and it wasn’t until I went to an event in London run by Young Feminists London that I discovered Birdsong; an ethical clothing company. Instead of actively going out and seeking other alternatives, I was lucky the alternative came to me (this is what I intend to achieve by writing this blogpost). I want to bring the alternatives to other people because let’s face it, you’re probably not thinking of the thousands of exploited people working their butts off day in day out when you walk past Topshop and spot they have a 70% off sale. I too, am guilty of this. And although you know there are ethical clothing companies out there, they are all so expensive and you can’t help but prioritise the cheaper alternatives. 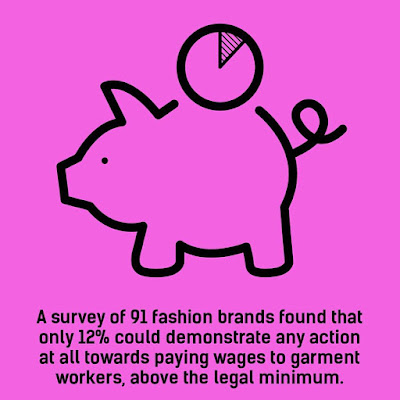 To tackle this issue I want to take the same approach as Reductarian’s take to veganism. Not because I’m intimidated by ethical shopping but because I feel like it’s way more difficult and time-consuming to shop ethically for clothing than it is for food. Veganism’s popularity is ever-growing and I can easily access vegan food but I can’t buy an ethically produced item of clothing in an everyday store. So, to start with, I want to stop buying from big companies and support smaller businesses. I also want to partake in regular activism surrounding mainstream fashion industries and eventually I want to buy all my clothes from charity shops and ethical clothing companies. I guess this blogpost is a political plea to say the demand for accessible, inexpensive ethical clothing is here: please supply it.
I’ve devised a list of useful links below for anyone interested in joining me in my pledge to partake in a Reductarian approach to clothing: