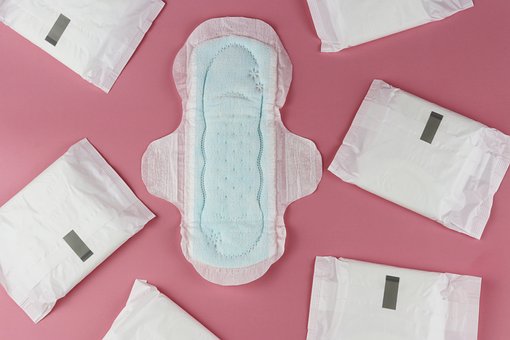 On top of all the ways females are endlessly scrutinised, there is an unspeakable, biological impact that has left stains on covers, is soaked up and flushed down toilets. You’ve guessed it – periods! Why do we avoid talking about periods?!

The only thing I knew about my period was that sometime, someday, blood would inevitably fall out of my vagina for up to 8 days every single month. And this would happen for the majority of my life. I was terrified.
I had a brief encounter with the biology of my erupting inner layers during school. It was so brief I don’t even remember it. Fortunately, my mother was informative about the dreaded menstrual cycle and I learnt most of the ins and outs (mostly outs) from her.
I’ve been thinking about girls who didn’t and don’t have the support I did from my mum. The ones who fall victim to today’s society that convinces girls they are only valuable if they look pretty and they’re only listened to if they’re polite and delicate. This toxic message teaches them not to speak about such vile occurrences. Even the adverts for period protection are immaculate females in their pink dresses prancing around. They look as though they’re performing “we’re all in this together”, as if it’s the girls-only rendition of high school musical or something. BLOOD is draining from our bodies in the most disgusting, brutal way, the lining of the uterus is being RIPPED OUT and adverts are casually perpetuating the idea that when we’re on our periods we all suddenly turn into leading ladies in some west end musical! It’s ridiculously frustrating.
Not to mention transgender people who, for those assigned female at birth, will still experience menstruation right up to full transition. This will also impact their hormones which can make transgender men feel confused and disorientated, reminding them that their bodies do not match their true gender identity. On the other hand, transgender women will feel even more excluded and silenced than their cisgender friends who may claim it as a product of “true femininity”. Some cisgender people choose to entirely disregard transgender woman as women just because their biology is different.

This isn’t how I want the future generations of girls to learn about periods. To get more of an insight into how the miscued messages and the lack of conversation about periods affects our generation, I tweeted asking girls to share with me their first times:
“I was 13. I thought it would be easy and clean. I didn’t expect to wake up to a massacre, I thought I was dying. I was too embarrassed to tell anyone. I didn’t think I was going to make it to 14. I’m 18 and I’m still not 100% sure I’m doing anything right, nowhere explains it brutally enough.”
“My sister talked me through using a tampon through the bathroom door, I had never seen or heard of one before and had no clue what was going on. People see it as embarrassing to talk about but it’s an everyday struggle that doesn’t really go away.”
“I got mine on the first day of a week-long trip to Germany in year 8. Within a couple of hours, all of the teachers and students knew, it was mortifying.”
“I was at school and I felt a horrible pain in my belly, I thought I needed a poo so I went to the toilet, I looked down and started to cry because I was so embarrassed. Luckily, my friend was with me so she took me to the nurse but the nurse gave me a giant sanitary towel that looked like a nappy, it was so huge I didn’t even know what to do with it. I use tampons now because I’m scared I will start to smell.”

It soon became evident that silencing girls, perpetuating outdated gender roles and insufficient education are all forcing them to suffer in silence.

Period conversations are never going to be delightful or stimulating, but the idea that we aren’t discussing a struggle that nearly every woman has to go through seems unquestionably wrong. Periods stink, they stain your clothes, they intervene with plans, I could go on and on (I just really love to complain). You are not alone on this one, it’s something you CAN talk about with others, because so many of us have to put up with it. It’s so important that none of us have to suffer in silence. Spread the love, spread the period blood xxxxx

P.s. Thank you to everyone who shared their stories with me and I hope this encourages people to not shy away from necessary conversation.

Content Warning: Intricate detail of periods and bloodI remember the exact moment I discovered the bloodstain…