I am writing this post because I am the victim of an online sex crime. 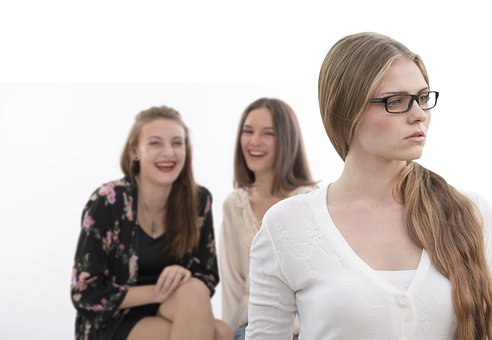 At a house party last January, explicit photos of myself and a few other friends were taken. The photos were innocent and the party was great fun. I felt comfortable running amok in the nude surrounded by a great group of friends; I felt free and happy and I loved that I was so close to these people to the point where I could express myself in my most vulnerable state. The photos were taken by a few of my friends and we all laughed and joked about it the next day. However, there was one photo, of just me and one other (male) friend where I was completely exposed (he wore boxers) that was sent to other people; people who I wasn’t comfortable with seeing. Obviously, I was furious that someone would send the photo to other people so I asked everyone who had the pictures to make sure they had deleted them to put an end to all of this. I was also frustrated that it was the one photo where I was exposed. None of the other photos that were taken that night had been shared with anyone else – why me?

After it had blown over, I was hopeful that the pictures weren’t going to go any further. To my distress, a few months later I received a message informing me that the photo was on a website called 4chan where I had been labelled as the actress, Alison Brie. I wanted to crawl into a hole, never leave my house, run away, it was all so confusing I just wanted to disappear somehow. I then tried my best to investigate to find the culprit but no one owned up and I quickly gave up, feeling hopeless and betrayed (again).

A year has now passed and the news came out that yesterday Jennifer Lawrence’s iCloud was hacked into and her naked photos were stolen and put up for public scrutiny. The news was appalling to say the least; it’s a complete violation of privacy. I even saw a post circulating on tumblr with not only Jennifer Lawrence’s pictures but a lot of other female celebrities too. In admist these photos, to my absolute horror, was my photo. Again, it was entitled “Alison Brie”. The explicit images have over 4,000 notes, this means they have been acknowledged by over 4,000 tumblr users and probably seen by a whole lot more. I was infuriated that the picture was still gaining online attention. I also did some google research and found that not only had the picture been on 4chan last year and Tumblr this morning, it was now circulating on Reddit, IGN, bazaardaily.co.uk and imgur.com too. All of these with rocketing views.

With all hope lost in finding out who the perpetrator was through countless Facebook messages to my friends, this is a message to Tumblr, Reddit, IGN, imgur.com, bazaardaily.co.uk and 4chan.
I urge these sites to;
a) make reporting the pictures easier for users
b) have stricter controls on the content of these sites
c) and to aknowledge that these photos are not only a violation of trust and privacy but they are a crime and need to be dealt with seriously.

The hype that surrounds these nude celebrity pictures may grant a sense of power, of twisted, perverted power to those who search and share these crimes; but that’s it for the perpetrators, one moment of power.
But for me, for Jennifer Lawrence, and for many others, this violation will stay with us, the victims, for years to come. It will affect any career I undertake, it has and will continue to affect my confidence and the trust I have for people, and it has damaged my opinion of the internet; an inescapable aspect of our culture.

Allowing Ourselves to be Vulnerable